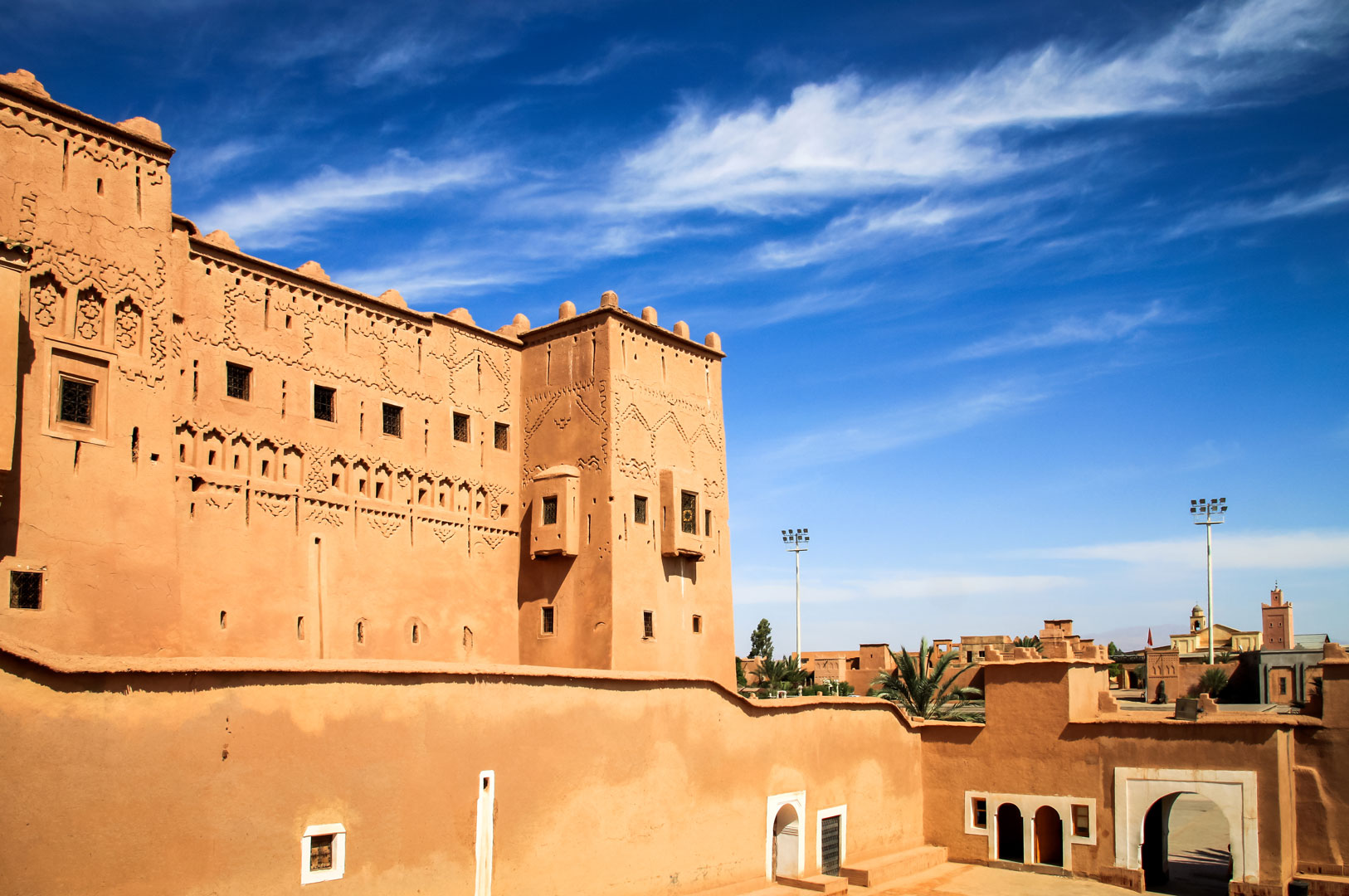 Where to visit in Morocco

Where to visit in Morocco is an important question. Choose from a variety of Morocco destinations based on your interests and budget. From a photographer’s paradise, Chefchaouen, to a city filled with history, Essaouira, and more, Morocco has something for every visitor. Here are the top places to visit in Morocco. Let us help you make the most of your time in Morocco! From kasbahs and the Valley of the Roses, to the cosmopolitan city of Rabat and the beaches of Essaouira, you will discover the best of Morocco.

Chefchaouen is a photographer’s dream

If you are a passionate photographer and travel to various countries, you will find Chefchaouen a must-see destination. With over 50 shades of blue, this city is a photographer’s dream. You will see a lot of colorful buildings and picturesque vistas. Many of the buildings have decorative front doors and are painted blue for a very unique look. The city is away from other Moroccan cities, which makes it an ideal spot to enjoy some local shopping.

The old town of Chefchaouen is an absolute photographer’s paradise, and it’s well worth visiting. There’s no better way to capture the medina than on foot. You can explore the ancient streets and narrow alleyways, dotted with beautiful tile work. The town’s architecture is a mix of Moorish and Andalucian styles, and the narrow alleys are full of intriguing details.

A wander through this village is the best way to experience the city’s beauty. Thus, the narrow streets lead up a hillside and open onto a beautiful square. The name of the city comes from two horns and literally means “watch the horns” in Berber. The city’s streets are adorned with bright colors and contrasting fabrics. Moreover, the buildings are also dotted with colorful shops. All in all, the town is a photographer’s dream.

The Blue City of Chefchaouen is an absolute must-see destination for any photography enthusiast. While, the town is painted in an endless array of blue colors, making it a photographer’s paradise. Some believe that the blue color scheme was painted by Jewish refugees from Europe. The color is so vibrant and photogenic that it has inspired artists to create a mosaic of colors. A visit to this city is truly an experience that you’ll remember for the rest of your life.

Where to visit in Morocco: Valley of the Roses

At the foot of the High Atlas Mountains, the valley of the roses in Morocco is a spectacular sight. In spring, it blooms pink and breathes a delicate smell. The valley is accessed by Kelaat M’Gouna, a fortified village 90 km from Ouarzazate. It is the last oasis before the infinite sands of the Sahara. In fact, it is the Moroccan capital of roses.

During the festival, the region is awash in roses. The town of El Kelaa M’Gouna hosts a rose festival each May to honor the rose. Several thousand people attend this festival each year. Thus, you’ll find a quaint town filled with rose-scented shops, where you can buy the most beautiful of roses for yourself or as a gift for someone special. While you’re there, be sure to sample some of the local cuisine and listen to traditional Berber music.

Valley of the Roses

The valley of the roses is located in the south of the High Atlas Mountains. The arid climate here has very little greenery. However, there are numerous valleys in the area. The Mgoun River serves as the lifeblood of the area. During rose harvest, the river banks become a stunning pink color. The origin of the Damascene rose is unknown, but it was introduced into the region by pilgrims 300 years ago. Despite its name, this rose is one of the most fragrant types in the world.

The valley of the roses is famous for its roses. In the months of April and May, approximately 3000 tons of the flower petals are harvested. These petals are then used in countless products, including perfumes, creams, lotions, and body soaps. Not only is the Valley of the Roses a vibrant tourist attraction, but it is also a source of an immense industry. Each year, the flowers are harvested and celebrated as “The Rose Festival.”

The valley is surrounded by a steep cliff that offers breathtaking views of the valley. If you are planning to hike from Hadida, you should stop at Bou Tharar, the village where roses are grown. Afterwards, there, you can view a rose factory and buy products based on them. A trip to a Roses’ factory is educational and gives you a true experience of extracting the essential oil from the flowers.

The Kasbah of the Udayas is an ancient structure that is located in Rabat, Morocco. Located near the mouth of Bou Regreg River, it was a small fortress that was originally built by the Almoravids to protect the city from the Berghouata tribe. The Almohads restored the fortress in 1150/544 AH. Its minaret, known as the Bou Regreg, was probably the work of the first Alaouite sovereign. Today, it is a working museum that is open to visitors.

The Kasbah of the Udayas in Rabat, Morocco, is one of the most important sites in the country. Located near the mouth of the Bou Regreg River, it was once the main settlement for the city. The fortress is filled with beautiful blue-and-white houses and hand-painted gates that overlook the river. UNESCO recognized the fortress’ historical importance in 2006 and added it to the World Heritage Tentative List.

The Oudaya Kasbah has been the home of many different groups of people over the years. From Arab tribes to Andalusian immigrants, it has served as a stronghold for the most powerful sultans of Morocco. Moreover, visitors can enjoy the dramatic entry through the Bab Oudaia gate, which was built in 1195. The gate, made of dressed stones, has carved arches and is one of the jewels of the Almohad art.

Where to visit in Morocco? The Oudaya Kasbah was originally built in the 12th century and reconstructed several times. The Oudayas tribe was hired by Sultan Yacoub al Mansour to defend Marrakesh. The Kasbah was refortified during this time and was home to a luxurious palace, a signal station, and several other buildings. After the death of Yacoub el Mansour, the Oudayas Kasbah was leaving somewhat abandoned.

Where to visit in Morocco: Essaouira

Located on the coast of north-western Africa, Essaouira is known for its blue sea. The town’s rich history dates back to prehistoric times. The Carthaginians first established a market here in the 6th century BC. Since then, it has been ruled by several empires, including the Spanish, Portuguese, and French. It is now a UNESCO World Heritage site.

The Skala du Port is a circular gateway on the city wall that offers spectacular views of the sea and the city. The view from here of the busy harbor is well worth the effort of climbing the few stairs to get there. While, here, you may shop at stands selling freshly caught fish. It’s a photographer’s paradise! There’s also a fish auction here, so you can sample some of the local seafood while you’re there.

The ramparts in Essaouira have been used as a set for Game of Thrones. Thus, the ramparts, built in the 1760s, have an ambiance reminiscent of medieval times. They were designed to protect the city from sea invasions. You can even sit on an old Portuguese canon to enjoy the views. While in the town, be sure to visit the medina for a real taste of local culture.

Where to visit in Morocco? There are many art galleries in the medina that showcase local work. You can also buy some of the town’s best-kept secrets. You can find everything from a local handicraft shop to traditional jewelry in Essaouira’s medina. A trip to Essaouira should not be complete without a visit to this unique town. There is something for everyone, so don’t miss out.

In Essaouira, you can explore the medina walls where the Atlantic meets the medina. There are bronze canons lining the wall, explaining the history of the fortification of the city. While, a visit to the port isn’t complete without a taste of traditional Morrocan ware. You won’t be disappointed! The city is also known for its fortified city. The ramparts and stone walls of the old town are located close to the city.

One thought on “Where to visit in Morocco”