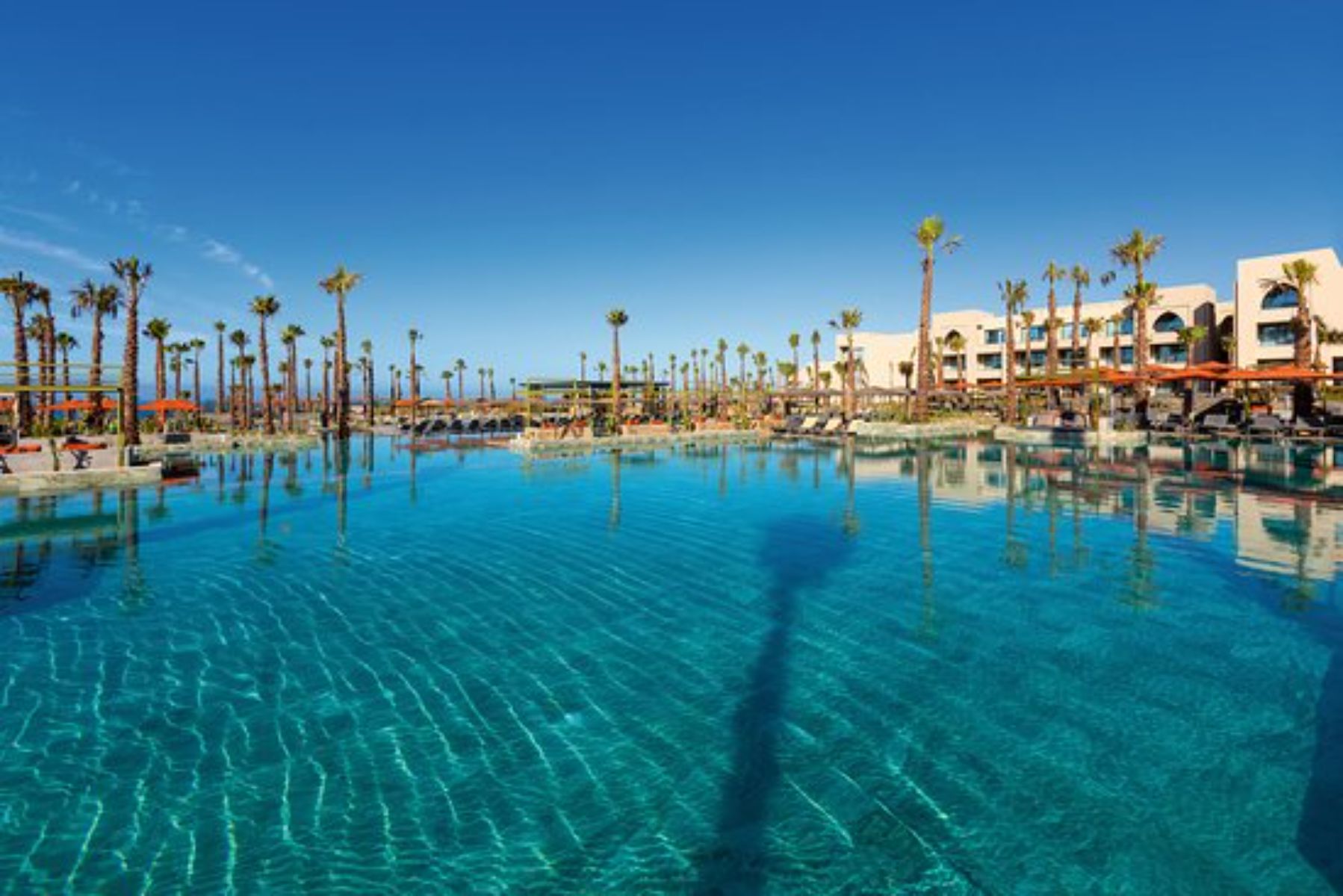 The majority of travelers envision busy souks and evocative medinas when they think about Morocco. Morocco is a popular option for short trips since its medieval towns give a distinct sense of urban life. In addition to world-class resorts, Morocco’s beachfront has several beautiful inns. Many of these inns are able to accommodate families looking for an intimate and romantic holiday on the beach.

Morocco Beach Resorts: From the town of Sadia in the north, which is located on the coastlines of the Mediterranean, all the way down to Tarfaya in the south, which is located on the Atlantic Coast, Morocco has a coastline that spans 1,200 miles. There are still areas that are virtually completely undeveloped, such as vast stretches of sand that undulate towards the lake and serve as a unique habitat for many birds and other animals. Tamuda Bay in the northeast and Agadir on the Atlantic coast may have hotels and amenities that rival the Mediterranean. Other stretches of the coastline are wild and windswept, and are dotted with kitesurfers.

No time difference means a beach trip in Morocco may be a quick weekend or a sumptuous fortnight. The journey duration is less than four hours, and there are 70 flights every week departing from the United Kingdom. You will always encounter Morocco’s obvious and irrefutable appeal, whether you visit a crowded resort or a peaceful backwater.

Essaouira is without a doubt Morocco’s most evocative coastal resort because of its laid-back atmosphere and deep historical roots. During the 1960s, musical legends such as Jimi Hendrix, Frank Zappa, and Cat Stevens were all on the “hippie road,” and they all went through this area. Unbelievably, the laid-back mentality has persisted throughout the subsequent decades, maybe in part because the ferocious gusts that batter the wide arc of beach make it challenging to promote the area as a popular resort destination.

Inside the city proper, people are encouraged to both unwind and go on adventures. The 18th-century whitewashed medina is popular with photographers and shoppers. You may take your time perusing the kiosks, which offer handcrafted jewelry and Berber carpets. When it’s lunchtime, nothing beats the port wall food stalls where fisherman sell and prepare their daily catch. There’s also nowhere finer than that.

Agadir’s beach is constantly bustling with visitors due to the city’s average of 300 sunny days each year.

Agadir, the most well-known beach resort in all of Morocco, is also a vibrant city that boasts an average of 300 sunny days each year. The six-mile stretch of sand is flanked on either side by a large array of hotels that provide accomodations ranging from moderately priced to those of a five-star luxury level. After a devastating earthquake in the 1960s, the city had to be totally rebuilt, and as a result, it exudes a more contemporary atmosphere than other cities in Morocco. However, the beachfront is a sight to behold, with its wide promenade that is lined with souvenir stalls and street performers, and its cafes and restaurants that provide the ideal setting for admiring the breathtaking sunsets that occur over the Atlantic Ocean.

The multimillion-dollar port complex the Marina d’Agadir is home to a wide variety of upscale dining and shopping establishments. In the surrounding area, there is also a smattering of historical sites, such as the hilltop kasbah, which goes back to the middle of the 16th century and can be reached by a short cab ride. Even if just the building’s external wall is maintained, it may provide a spectacular view of the port and shoreline. The fishing resort of Taghazout is located a little further out from the center of the country. It’s regarded the top surf spot in Morocco and has some of the country’s best breaks.

Casablanca, the biggest city in Morocco, makes considerable use of the Atlantic shore, while not being a beach resort. Ain Diab, the primary beach just outside of the city center, is home to a smattering of beach clubs. Both the promenade and the seashore Corniche district are dotted with cafes and restaurants. The ocean vistas are the same from the seawater pools along the shoreline, but the water is more calmer and safer to swim in because the waves rarely offer that far inland.

Both Tamuda Bay and Sadia

From the resorts in Tamuda Bay, a visit to the picturesque village of Al Hoceima makes for a pleasant day trip.

Tamuda Bay is the most intriguing new resort in Morocco and is less than an hour from Tangier. Along this wide stretch of beach in the past few years, a number of high-end hotels have opened up, including Banyan Tree, Ritz Carlton, and the Sofitel Tamuda Bay, which was named the best luxury hotel in the world by World Travel Awards in 2016. It is an ideal offer for families to resort since the beach slopes gently into the water, making it suitable for young children, and because there is a wide selection of watersports available for older children and teenagers to participate in.

Beyond the beach, there is a plethora of other activities to enjoy in Tamuda. In addition to the resort’s own waterpark and funfair, Mohammed V Avenue is lined with a variety of restaurants and street vendors that serve traditional Moroccan cuisine as well as favorites from the Mediterranean. Tetouan, a white-cottage community between the Rif Mountains and the ocean, is a great place to spend the day. The city’s royal palace and medina are both recognized as world historic monuments by Unesco. The town’s true Andalusian character dates to its origins as a Moorish exile colony in the 15th century.

Sadia is located further to the east along the Mediterranean coast. It is a modest resort with a 9-mile length of virgin sandy beach bordered by mimosa and eucalyptus trees. It is possible to stay in one of the few resort hotels in Sadia and take advantage of the nearby Moulouya National Park, the one-of-a-kind oasis of Sidi Yahya, or the spectacular landscape along the clifftop stroll that can be found along Cap de l’Eau.

The tranquil village of Oualidia can be found on the Atlantic coast between Essaouira and Casablanca. It has world-class surfing and birding and is shaped like a crescent lagoon. During spring and autumn migration, flamingos, avocets, storks, and other wading birds pass through.

Outside of the months of July and August, there isn’t much to do here other than swim in the lagoon. Eat fresh seafood (the oysters are said to be the best in Morocco), and wander along the pristine coast. Despite being a summer retreat for Moroccan city residents, there’s nothing to do here outside of those months. Try staying at La Sultana, a sister property of one of Marrakesh’s most sumptuous hotels, for a luxury experience.

Morocco’s undeveloped coastlines make it a great holiday choice for anyone seeking a more genuine experience. The 25-mile stretch of undulating dunes and untouched sands that make up La Plage Blanche may be found nestled away in the middle of a huge ecological park, making it the country’s longest and wildest beach. Few fisherman’s huts dot the dunes, and none are pensions or five-star hotels. Bringing a tent and sleeping beneath the stars is a once-in-a-lifetime experience.

Dahkla, a long peninsula in Morocco, has some of the greatest Morocco beach resorts for watersports. It is located further to the south. The flat lagoon that is Baha de Dakhla, which is located between the peninsula and the mainland, provides excellent conditions for kitesurfers of all skill levels, making it an ideal location for novices as well as more experienced riders. Dakhla, in Morocco’s Sahara area, is known for being dangerous and should only be visited by the most daring travelers.

One thought on “Morocco Beach Resorts”