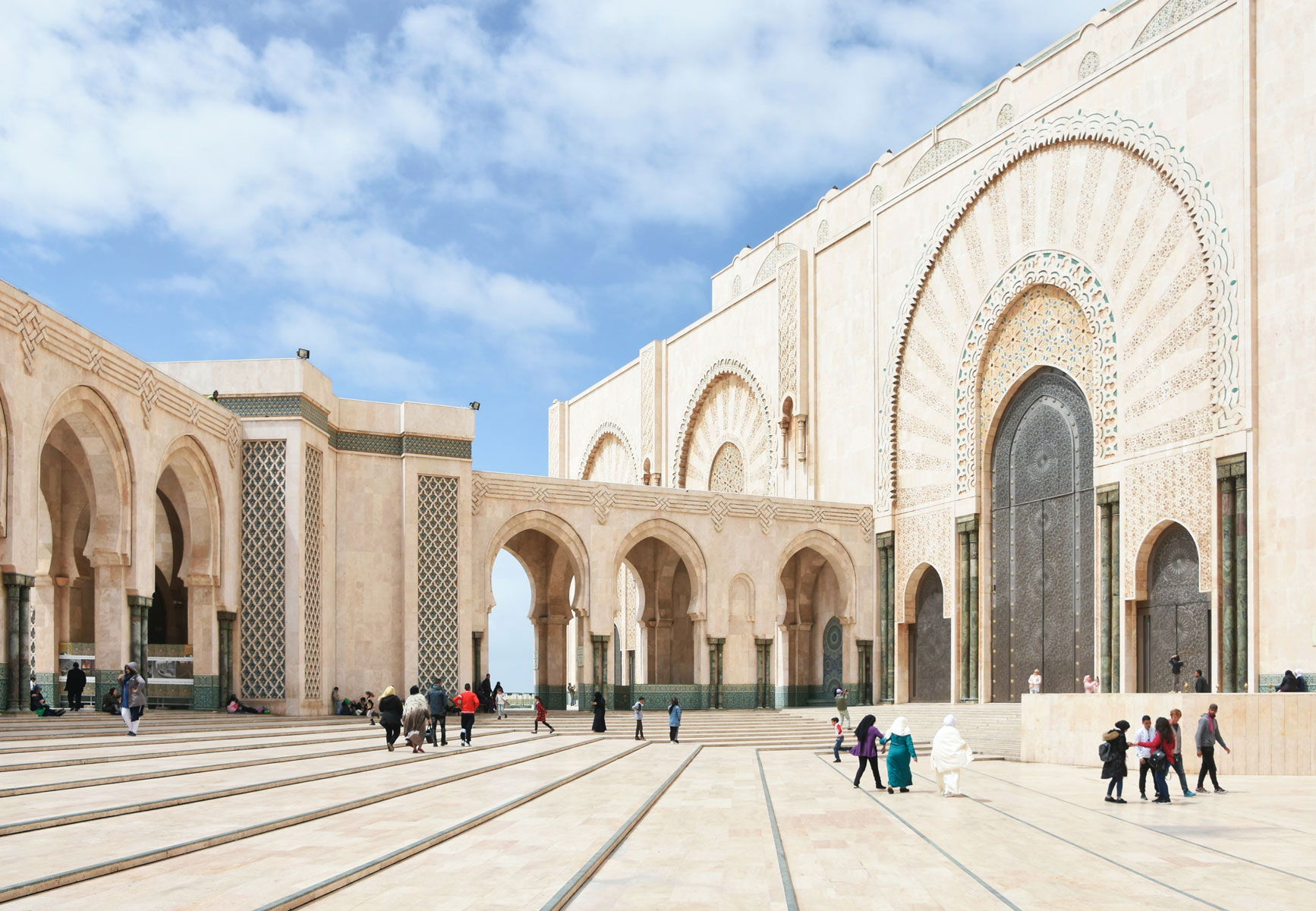 Morocco is a North African country located on the coast of the Mediterranean Sea and Atlantic Ocean. The country is characterized by its Berber culture and history. For a cultural experience, visit Marrakesh one of the top Morocco Tourist Destinations, which has a medieval quarter and entertainment at Djemaa el-Fna square. Wander the souks and buy ceramics from local sellers. Or visit the Kasbah of the Udayas, a 12th-century royal fort.

Asilah, on the Atlantic coast, is a charming, historic town that boasts colonial Portuguese and 15th-century ramparts. The old town is adorned with murals and is home to the Moussem Culturel International d’Asilah festival. The city is also home to the Centre de Hassan II Rencontres Internationales, which hosts an annual cultural festival. In addition to its historic sites, Asilah is also home to early 20th-century buildings, including the Palais Raissouni.

North of Agadir on the Atlantic Coast, Taghazout is home to surf beaches, including Killer Point, which has a powerful point break, La Source, which is named for the fresh water that bubbles from rocks, and Anchor Point, which features barrel waves. The town has a bustling main street lined with cafes, as well as palm-lined pools and a gorge along the Tamraght River.

There are several reasons to visit Essaouira, Morocco, and you should be one of them! For one thing, the beach is large and there are a number of activities that you can do there. If you’re interested in water sports, you can rent equipment and learn to surf or stand-up paddleboard. You can also rent a camel and go on a camel ride along the beach.

If you love history, Tetouan should definitely be on your travel itinerary. The Archaeological Museum is situated in the city center and displays a variety of fine arts and relics from ancient cultures. You can view Roman mosaics, 1st century figurines, and Libyan-Berber stone inscriptions. A sumirian statue unearthed near the city of Asilah is also on display. In addition, the museum garden displays Islamic wares, funerary stones, and mosaics.

A trip to Chefchaouen, Morocco will give you a great chance to get a taste of traditional Moroccan culture, but it will also introduce you to modern amenities. This beautiful city is home to a pretty medina, which is within walking distance of the main square. Thus, the medina is made up of buildings in the Andalucian and Moroccan styles and cascades down a hillside. You will want to take the time to explore the town’s old city.